Pilar is an elegant city in the northeast of the province of Buenos Aires, and constitutes an important urban center in permanent development. However, its tourist attraction is still given by the beauty of its rural environment.

Some localities of the Pillar with tourist interest are:

Plaza October 12, the Plaza del Pilar was declared a National Historic Monument, by National Law 120,411, promulgated on May 21, 1942. The city has an urban design around a rectangular square that in turn gives rise to the trace of the streets and a quadricular amanzanamiento. In the outer perimeter of the Plaza, between 1958 and 1962, 62 Ginkgos biloba have been planted, of which 58 survive. This millennial Asian tree is an ancient plant species of the planet and has multiple medicinal properties.

Treaty of Pilar, the signing of the Treaty of the Pillar, on February 23, 1820, signified the origin of the federal system of government. Because of this relevant fact, the party is known as the “cradle of federalism”. The pact, signed in the original chapel of El Pilar by Francisco Ramírez, Estanislao López and Manuel de Sarratea, put an end to the war between the provinces of Entre Ríos and Santa Fe against that of Buenos Aires.

Municipal Palace, its cornerstone was placed in 1896 by the Governor of the Province of Bs. As. Guillermo Udaondo. The first Municipal Mayor was Tomás Márquez. On its back there are four dungeons.

Parroquia Nuestra Señora del Pilar, began to be built in 1821 under the direction of the architect José Villa, using mud in a first stage. The vault of the main nave and the upper floors were made from 1840. The work was then interrupted until 1854 and continued until its conclusion led by the architect Roque Petrocchi. It was declared a National Historic Monument by law 24,412 on December 7, 1994.
Historical Museum Mayor Lorenzo López, the Museum preserves and exhibits historical and religious pieces of the Partido del Pilar. You can see documents and vestiges of different origins that treasure the memory of people and events that make the people of Pilate proud. Objects related to the signing of the “Treaty of the Pillar” stand out.

Cruz del Pilar, on the origin of the “Cruz Del Pilar”, which is located on the corner of the intersection of Pedro Lagrave and Paraná streets, there are two historical opinions. On the one hand, in the year 1790 arrived from Buenos Aires, coming from Spain, religious missionaries evangelizers who went to the North to preach the word of God, made a stop in this place and erected a cross made with logs, to make their prayers of healing of the sick brothers and protection during the trip, being officiated in the place the Holy Mass. The other version expresses that this cross was a point of reference for the settlement of the population as the village moved to its new location. With the first constructions of brick houses, the old wooden cross was replaced by a masonry one.

The Place of the Miracle, the Rosendo Ranch, where the Miracle of the Virgin of Luján happened in 1630, was located in the current town of Zelaya. There, there are two milestones that make reference to the Miracle of the Virgin. The first is entered by a street that has an arch at the beginning and whose path is framed by a Via Crucis that culminates in a small altar with the image of the Virgin of Luján. The Ministry of Culture of the Nation declared this site National Historic Site. The second place that venerates the Immaculate is a property through which it is entered through a gate located on the left side of the arch mentioned above. Inside there is an old adobe chapel with an image of the Immaculate in time of the Miracle.

Polo y Golf, in Pilar, National Capital of the Pole, operates the Argentine Polo Association based in the Pando-Carabassa Castle, built at the end of the 19th century, on land donated by King Carlos III. The venue has nine courts and is the seat of the most important tournaments in the country. In addition, the Party has two hundred courts and fourteen of the best players in the world live in the district. In the locality of Fátima is the Pilar Golf, important property for the practice of this sport. Other fields of importance are Mailing, MARTINDALE C.C. , Highland, Golfer’s, Los Lagartos, Cuba.

Industrial Park, is the largest in South America and houses 200 national and international companies. All this wide range of companies move corporate tourism, helping the growth of hotels in the area.
Shopping center km 50, Shoppings, complex of cinemas, places for the entertainment of adults and children. In the Village Cinemas complex, besides seeing 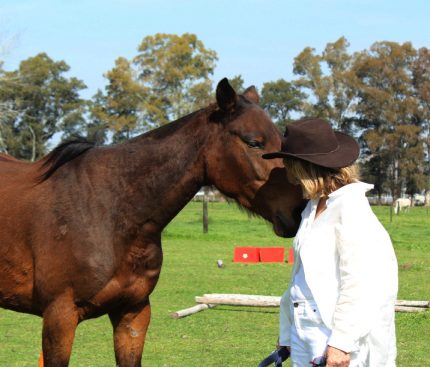